My journey in dietetics began at Oakwood University, a Historically Black College and University, where I earned my bachelor’s degree in nutrition and dietetics. My path to becoming an RDN began at Loma Linda University. At Oakwood University, I had mentors who were RDNs that I could look up to. It was very important as an Afro-Caribbean or Black person to see professionals that looked like me in the field I aspired to be in. It communicated that I was capable of becoming a great professional, and it showed me that other Black or African American people paved the way.

I never understood what it was like to be disadvantaged as a nutrition student and professional until my senior year of college. During that year, I realized other RDNs and dietetics educators don’t necessarily see me and value me the way my professors did at Oakwood University.

During my senior year, we held a program meeting with other HBCUs and dietetic internship programs where Dr. Evelyn Crayton, former president of the Academy, spoke about the challenges of passing the RDN exam. This event showed me that most of the people who had challenges with the exam were Black people and people of color. At that moment, I began worry — would I also struggle to pass the exam? Was my Black education enough, or would I have to go to a predominantly white university to be enough?

These questions plagued my mind for a while until I started my graduate program and coordinated internship at Loma Linda University. At Loma Linda University, I became even more exposed to the lack of diversity in dietetics. Yes, there were Black people in my program, but we were the minority. We were even a minority at the entire university.

My experience at Loma Linda University taught me so much about what people thought of me, versus how I needed to see myself as a Black student and future professional. There were times when I struggled to feel valued as a future RDN and I even wondered if I was smart enough.

On social media, I saw so many non-Black and white dietitians who had private practices and thousands of followers, compared to Black dietitians who were just as good. Seeing those things made me wonder if I would ever make it in this field. A lot of these feelings were rooted in my financial insecurity, academic struggles and lack of opportunity I experienced as a Black person.

I saw many students in my program who were able to pay for their education with their savings or outside family help. Meanwhile, I struggled to make ends meet, even with the addition of financial aid. When I experienced academic struggles, I often felt that people thought I wasn’t studying enough or paying attention, when honestly I needed more time or a different perspective with certain concepts. I can’t tell you how many times Black people are looked at as lazy or unmotivated when they experience academic difficulty. Nevertheless, I chose to seek community and connections with friends who were Black, people of color and even a few non-Black friends who didn’t see me for my color, but instead as a human being. I received encouragement from my family members and friends, and ultimately, I was able to overcome my struggles.

Today, I sit here as a proud graduate because I chose to see myself as successful, motivated and good enough. I believe that we have to do better as an Academy to make African Americans, Black people and all people of color feel valued. We need more financial support for Black people because — let’s be honest — most of us do not have the funds to pursue this type of career. We need to see more African American and Black practitioners in hospitals, outpatient centers, private practice, community work and foodservice.

It is not enough to just say “Black lives matter” but not take action by hiring Black people or giving them a seat at the table to be a leader.

In the future, I would love to be able to mentor new Black dietitians and future RDNs because, by seeing me, they can see themselves making it. Had it not been for my HBCU experience and getting to know and connect with other Black dietitians who have been successful, I’m not sure I would have made it this far today.

Krystal George, MPH, is an RDN-to-be and a newly graduated Master of Public Health professional from Loma Linda University Health. She was born in Brooklyn, NY to a beautiful West Indian mother and father. Krystal fell in love with nutrition through the field of culinary arts, experiencing her family bond over cookouts and holiday dinners. You can connect with her on Instagram. 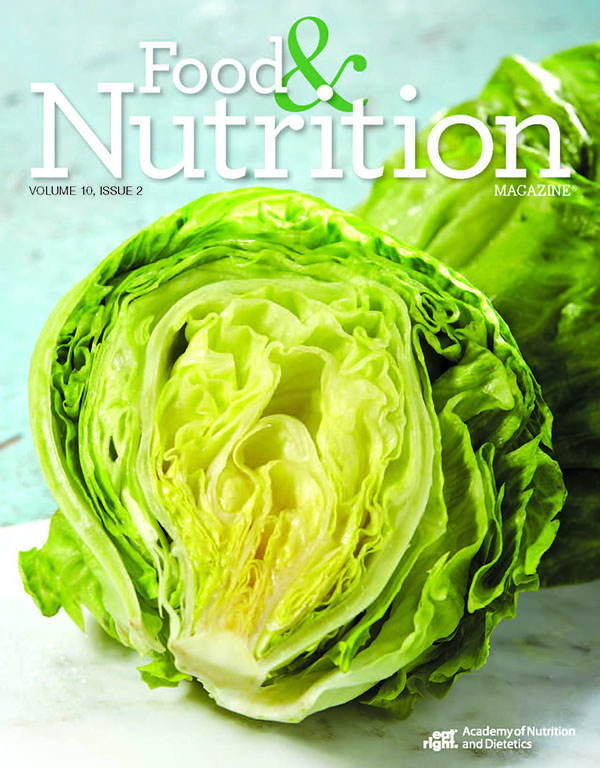