One day coconut oil is a cure-all, the next it will kill you. Coffee is good! No, it’s bad. Carbs are evil and then they are a necessity. Why is there so much contradiction when it comes to nutrition advice? It often results in confusion and mistrust, so I thought I would address why these contradictions occur and what you can do to make sure you are getting the most accurate information possible.

Most people obtain their nutrition information from a media source. When it comes to getting views and clicks, the more sensational the headline, the better. The media is prone to use hyperbole when reporting on scientific studies. For example, when a study found that butter had a neutral effect on cardiovascular disease risk when compared to other foods, the TIME magazine headline read, “Butter is Back!”

When the media overstates results of studies, this lends to the confusion that consumers experience. One day butter will kill you, and the next day it will save you. When you read the actual studies behind the headlines, the authors are much more reserved in their analyses.

The Nature of Evidence-Based Advice

Often the media will take one small study and run the result as if it is absolute fact. However, the way that good evidence-based advice is formed takes time and a multitude of studies. In this way, a good case can be built for giving a nutrition recommendation.

The types of studies also matter. There is a “hierarchy of scientific evidence” that classifies which study designs are strongest. For example, a randomized clinical trial holds much more weight than a case study. Unfortunately, study design is not always considered.

Finally, recognize that nutritional science is constantly evolving. Evidence builds upon itself and nutrition advice sometimes needs to be clarified, modified or completely changed based on the progression of evidence.

When taking nutrition advice, whether it be from a professional or a media outlet, be sure that it is built on sound scientific evidence. Confirm that supporting references point to peer-reviewed literature. Ask critical questions about supporting studies, including their type and reproducibility.

Bias exists in most all situations. To arrive at good nutrition advice, all of us must do our best to eliminate as much bias as possible. For example, good scientific studies try their best to eliminate bias on the part of the researchers. Researchers are human, after all, and can be biased toward a particular result or perhaps influenced by a funding source.

In addition, most of us have some level of “confirmation bias.” This means that we tend to favor evidence that upholds our pre-existing beliefs and ignore evidence that contradicts them. When we become aware of this quality of human nature, we can approach life with a more open mind. Be aware that your own bias affects your ability to accept and process nutrition advice as well. This goes for RDNs, too — we also can get entrenched in some rigid views of food, weight and health.

It can be difficult to discern which news sources to trust. Almost anyone can label themselves a nutrition expert and share advice. It’s pretty easy for anyone to start a blog, Facebook page or Twitter account and start handing out advice.

Be wary if the source of the information also is trying to sell you something, even if they are a professional. For example, one well known TV doctor dishes out advice that is credible on one segment and out of left field on the next. Even though he is an MD, he is in entertainment and the producers of his show are looking for content that will sell.

Seek out nutrition information from sources that strive to be unbiased and based on scientific evidence. One example is the Academy of Nutrition and Dietetics. Academic institutions usually are reliable sources as well.

It’s up to us to be responsible consumers of nutrition advice. Here’s a summary of tips to do so:

Jennifer M. Brown, MS, RD, is a Phoenix-based dietitian and yoga instructor who takes a holistic approach to healthy living. Connect with her at her blog, JenniferBrownWellness.com, and Facebook and Twitter. 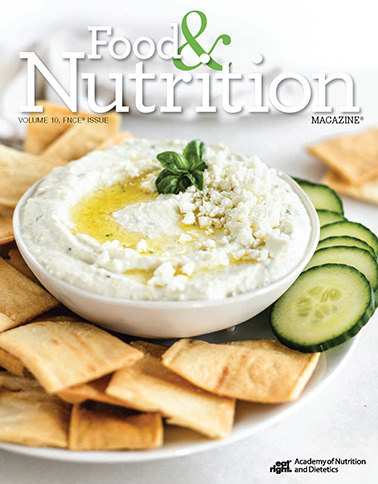