I’ve been starting my mornings with a cup of coffee for as long as I can remember. I even converted my boyfriend from an occasional coffee drinker to a dedicated expert on all the best coffee houses in New York.

Coffee drinking can be an expensive habit, but is it bad for your health? Curious, I started reading about the nutritional aspects and health outcomes of coffee, and here’s what I found.

What’s In Your Coffee?

Have you ever thought about what actually is in coffee? Yes, there’s caffeine, but there’s much more. For instance, coffee contains water. Not surprisingly, an 8-ounce cup of coffee contains 8 ounces of water. Coffee isn’t normally recommended for hydration, but it’s an added benefit.

Antioxidants are prevalent in roasted coffee beans. Consumption of antioxidants have been associated with a lower risk of many diseases, such as cancer and heart disease. These powerful antioxidants may also help control blood glucose for those with Type 2 diabetes. An 8-ounce cup of coffee is a good source of riboflavin, otherwise known as vitamin B2, which is one of the essential B vitamins and helps break down nutrients in the body. It’s not found in many foods, but it’s abundant in coffee.

How Much Coffee Is Too Much?

So how much caffeine can one person tolerate in a day without negative side effects? This information is controversial, but it seems that ingesting up to 400 milligrams of caffeine in one day does not have any adverse health effects. This absolutely shocked me! That means that drinking four 8-ounce cups of coffee a day shouldn’t produce any negative side effects. Of course, caffeine does stay in your system for 4 to 6 hours, which could keep you awake at night if you drink it close to your bedtime.

Not only is coffee not detrimental to health, many studies have actually linked coffee consumption to health benefits. Here are a few benefits of indulging in that cup of mud:

Here’s one final word about coffee and health. As with everything, practice moderation. Those fancy drinks made with flavored syrups, whipped cream and cups of full-fat milk can lead to excess calorie consumption and weight gain.

Natalie Rizzo, MS, RD is a NYC-based media Dietitian, food and nutrition writer and owner of Nutrition ȧ la Natalie. Natalie writes for many national publications such as Parade, Eating Well, Shape.com and Runner's World. She has also appeared on local TV segments and is frequently quoted in national publications. Natalie is very honored to have won the award for Top Food & Nutrition Feature Article in 2017 for “Decoding Food Label Claims: The Lowdown on Package Promises”, as well as the 2016 Stone Soup Blogger of the Year award. Connect with her on Facebook, Instagram and Pinterest. 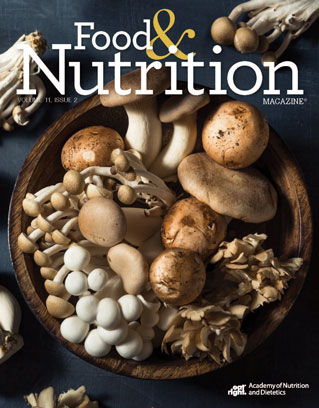