The USDA’s Dietary Guidelines for Americans recommend that half of all grains consumed be whole grains, and while most Americans still fail to meet this goal, we are moving in the right direction. In fact, 70 percent of respondents to a 2015 survey said they were trying to consume more whole grains.

Some whole grains, such as quinoa and farro, have been staples in certain cultures for thousands of years. These ancient grains have a long, rich history making them particularly appealing to many consumers.

Studies show that eating whole grains can help lower risk of coronary heart disease and diabetes, as well as keep weight in check. According to a 2010 study in the American Journal of Clinical Nutrition, eating just three servings of whole grains per day was found to decrease cardiovascular disease by lowering blood pressure. Choosing whole grains that are high in dietary fiber has additional health benefits. 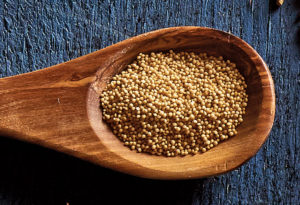 Considered a supergrain, amaranth contains the correct proportion of all nine essential amino acids for humans, making it a complete protein. A ½-cup cooked serving is a good source of iron and magnesium and a rich source of phosphorous. The golden grain cooks to a porridge-like consistency and has a strong, nutty flavor. Pop it by heating in a dry pan for use in salads, soups and crusts. 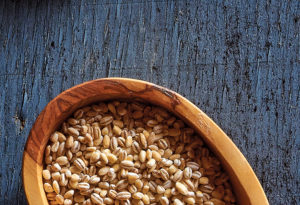 Available in hulled or hull-less, pearled or quick-cooking varieties, barley’s fiber is found throughout — not just in the bran. One-half cup cooked pearled barley has 3 grams of fiber, and the hulled type boasts twice this amount. Research shows barley lowers cholesterol and helps combat diabetes and prediabetes. 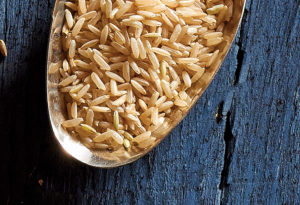 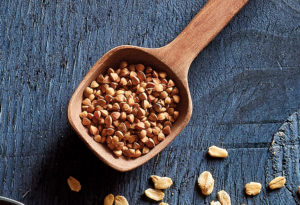 Despite its name, buckwheat is not related to the wheat family. It actually is a flowering plant, closest genetically to rhubarb and sorrel. The earthy-tasting grain is high in protein and has impressive amounts of zinc, copper and manganese. Buckwheat groats, which are hulled seeds of the plant, are often sold as “kasha.” 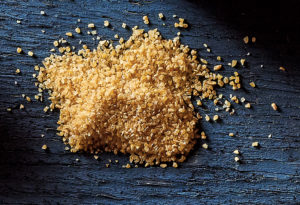 An important part of Middle Eastern cuisine, bulgur is cracked wheat that has been parboiled, dried and broken into granules of varying size from fine to coarse. Like all whole grains, it provides health benefits to help prevent heart disease and diabetes. 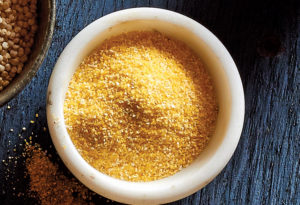 Corn kernels are considered a whole grain and can be dried and ground into various textures of cornmeal. Whole-grain cornmeal contains all of the nutrients present in corn, including fiber, potassium, vitamin B6, magnesium and several phytonutrients. Cornmeal that is labeled as degerminated (typically if steel-ground) is not whole-grain. 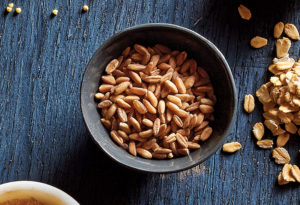 A type of ancient wheat, farro is best-known in Italy, and it has long been a staple among ancient Greeks and Romans. It is a dark, earthy grain that is often used in salads and risottos. Like barley, farro is available pearled and semi-pearled. 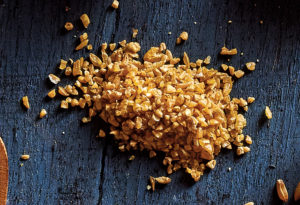 Around 2300 BC in the Mediterranean, a stockpile of immature wheat caught fire. Rubbing off the burnt heads revealed smoky reen grains, later dubbed “freekeh.” High in protein and fiber, freekeh increases satiety and is rich in lutein and zeaxanthin, which protects eyes and benefits digestion. 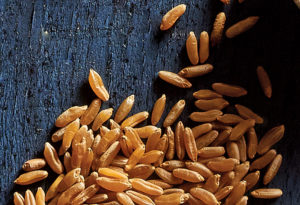 A type of ancient wheat, which was eaten in ancient Egypt, kamut is the trademarked name for this large, oversized grain that is difficult to overcook. It is about two to three times bigger than conventional wheat and has a rich, buttery flavor. Easily digested, kamut has all the health benefits of whole wheat. 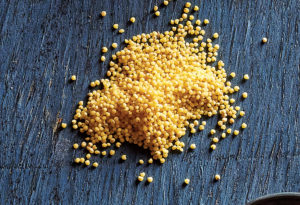 Millet is a staple in many parts of Africa, where it has been cultivated for more than 6,000 years. The small, beige-colored grain is gluten-free and has a mild flavor. When cooked, it has a soft, fluffy texture that makes an ideal base for soups, stews and a variety of dishes. 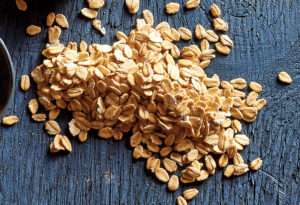 Oats are loaded with soluble fiber, which has been shown to help lower cholesterol, protect against heart disease and control appetite. Available whole, rolled, steel-cut or quick-cooking, oats are extremely versatile and are more than just a breakfast food. 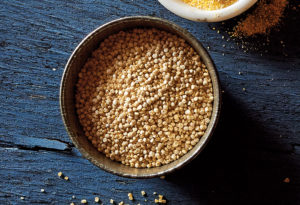 Containing all nine essential amino acids in proper proportions, quinoa originated in the Andes Mountains of South America and was a staple of the Incan Empire. It cooks quickly to produce a flavorful, nutty grain. Most quinoa must be rinsed to remove a naturally bitter compound that protects the seed from birds and insects. 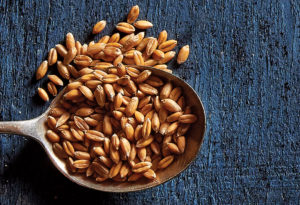 A distant cousin of wheat, spelt berries are high in protein, fiber, manganese and phosphorous, and can help play a role in managing Type 2 diabetes. Whole spelt berries must be rinsed and soaked at least eight hours or overnight before cooking. 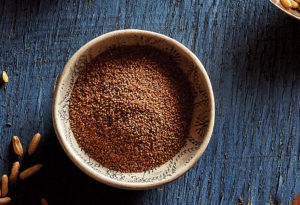 Tiny, sand-like teff grains are grown in three colors — red, white and brown. This grain has twice the iron and three times the calcium as other grains. Use it to thicken soups and stews, or serve as a cereal or creamy grain dish. 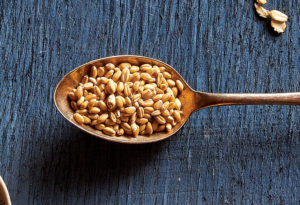 Wheat berries are the whole kernel of wheat, including the bran, germ and endosperm of a typical wheat grain. Spelt and kamut are different varieties of wheat. Sweet, nutty and chewy, they cook similar to brown rice. 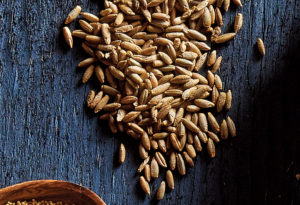 One of the gluten-containing grains, rye is often used to make breads and is very popular in Europe and Russia. Rye flour contains less gluten than wheat flour and is heavier and darker than most other flours. Look for “whole rye” or “rye berries” on the label to ensure the product contains whole-grain rye. 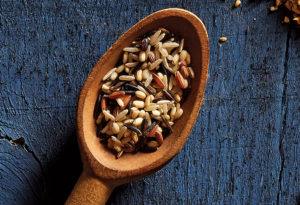 Also known as “Indian rice,” wild rice is the seed of a grass that was traditionally harvested by American Indians near the Great Lakes. Now produced commercially, it can be found in pilafs and casseroles on tables across America. Because it is technically a seed, wild rice has more protein than many grains, with 6.5 grams in one cup cooked.