Kale has been the “It” vegetable for years. Now, its cousins — Brussels sprouts and cauliflower — are getting top billing

on an increasing amount of restaurant menus. Members of this botanical family, referred to collectively as cruciferous vegetables, are enjoying overdue culinary cachet in the United States.

Cruciferous vegetables are a nutritious source of many key nutrients. They’re a good source of dietary fiber and contain vitamins K, C and E, folate, minerals such as potassium and calcium, and several carotenoids. Extensive research has been conducted on the potential impact of crucifers on various cancers. While evidence shows a number of nutrients and phytochemicals in the cruciferous family may have anticancer effects, much of the research has focused on the abundant sulfur-containing glucosinolates.

Aside from causing the sulfurous smell exuded by some crucifers during cooking, glucosinolates break down into compounds that may decrease inflammation and impact carcinogenic activity in the body. While some epidemiological studies suggest a diet containing plentiful cruciferous vegetables may help decrease the risk of some cancers, recent research does not show a consistent or strong association. Further research is underway, including studies involving the impact of genetics on the body’s ability to utilize the potentially beneficial anticancer compounds in these vegetables. 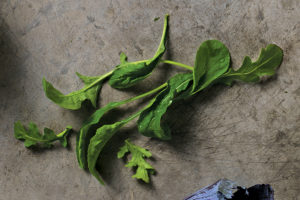 Also called “rocket,” arugula is available as both a mature green and a “baby” form — both of which have the vegetable’s well-known peppery taste. Find it in many commercial salad greens mixtures or on its own with bright, crisp leaves and stems to sauté. 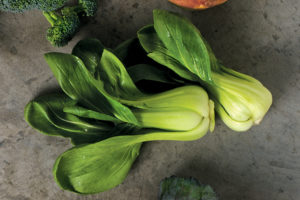 Grown in China for thousands of years, bok choy means “white vegetable.” Both the dark green leaves and white stalks of this calcium-rich vegetable are edible. Although it’s typically associated with stir-fries and soups, bok choy can add a crunchy texture and fresh taste to salads. 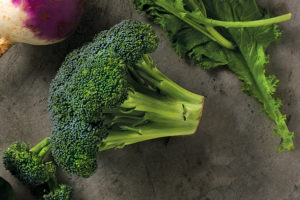 Both the stalks and florets of this vegetable are edible and nutritious. Cooking broccoli concentrates some of its health-promoting substances (carotenoids, for example), but it also significantly decreases glucosinolates. Minimize these losses by microwaving or steaming broccoli instead of boiling it. 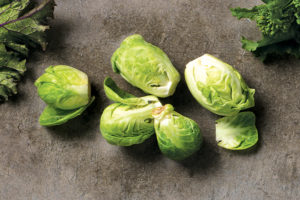 A good source of dietary fiber and folate, Brussels sprouts have a somewhat bitter taste. Minimize this bitterness by roasting or braising, adding sweetness such as a drizzle of maple syrup or sautéing in a little oil or butter. 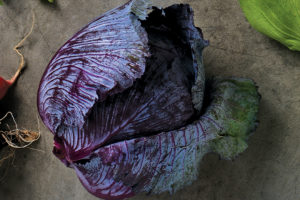 Three types of cabbage are typically available: pale green, purple-red and crinkle-textured savoy. Napa cabbage — also called Chinese cabbage — is another common variety. Eat it raw or cooked, or fermented in the forms of sauerkraut or Korean kimchi, which provide probiotic benefits. 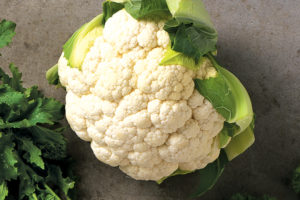 Called a curd, the head of cauliflower holds hundreds of immature white florets attached to a single stem. Besides the well-known white cauliflower, today’s market includes varieties from light green broccoflower (a cross between broccoli and cauliflower) to purple, orange and chartreuse Romanesco cauliflower. 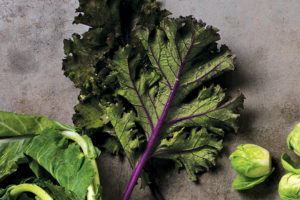 Nutrient superstar kale is the king of vitamin K — 1 cup of this cooked crucifer has the highest level of the vitamin among all foods. When purchasing, choose dark colored bunches and avoid yellow or brown leaves. 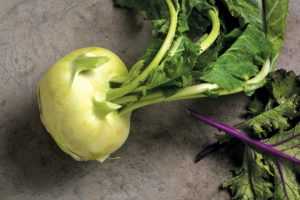 Beneath the purple, pale green or white exterior of this vegetable is crisp, juicy and mild-tasting white flesh. Kohlrabi bulbs can be eaten raw or cooked, and the edible greens are typically sautéed or steamed. Believed to be native to France, kohlrabi is popular in Germany and India, where it is a common ingredient in curries. 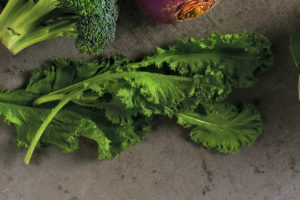 Pungent mustard greens are an excellent source of vitamins A, C and K. Given their strong taste, cooked mustard greens may be preferred over raw. Braise or sauté with a little olive oil, chicken broth and garlic; toss steamed greens with a splash of sesame oil, salt and pepper; or add them to curries and soups. 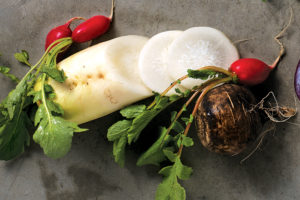 While many consumers are familiar with red garden radishes, the white daikon radish, which is common in Asia, and black Spanish radish also are part of the family. Radishes can be eaten raw for a crisp crunch in salads, vegetable platters and sandwiches and can be roasted for a side dish or added to soups and stews. 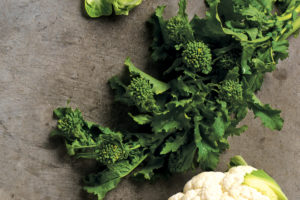 Known by various names worldwide (including turnip broccoli, Italian broccoli and rape), this leafy plant forms florets that don’t mature to a large size. Though it’s often called broccoli rabe or raab, rapini is not a type of broccoli and is different from broccolini; in fact, rapini tastes much bitterer than broccolini. 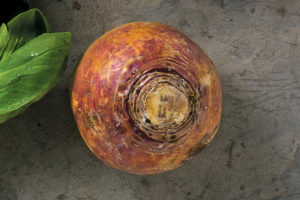 Larger than a turnip, rutabaga is thought to be the result of a botanical crossing of wild cabbage and turnip. Rutabaga flesh is pale yellow, and the exterior of the root may be white, purple or yellow. Commonly waxed to avoid drying out, it can be roasted, mashed or cut into chunks to replace potatoes in soups and stews. 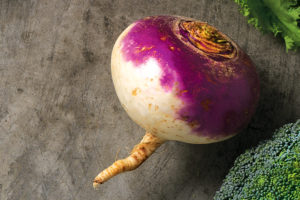 Ancient and hardy turnips come in a range of root shapes and colors. If possible, purchase turnips with the leaves still attached, then detach at home for two nutritious vegetables in one. In recipes, swap turnip roots for potatoes and use the greens in place of spinach or mustard greens.

Kit Broihier, MS, RD, LD, is a writer, nutrition instructor and recipe developer based in South Portland, Maine. She is president of NutriComm Inc., a food and nutrition communications consulting company. Find her work on nutricomm.com and glutenfreeslowcooking.com, and follow her on Facebook, LinkedIn, Pinterest and Twitter.