Nowadays, a world of cheese is as close as the local grocery store or supermarket. With this luxury of convenience, it’s easy to forget all that goes into producing this popular dairy product.

Like many other foods, cheese was a creation of preservation. Thousands of years ago, people needed a way to utilize milk from their cattle, sheep and goats, so they began experimenting. Salt and acid were a great start, but rennet — enzymes from the stomachs of these young animals — was key to the development of many now-common cheeses. Rennet works as a coagulant, helping to change the structure of milk protein molecules and causing them to stick together. This is the preliminary step in the creation of curds and whey. Rennet isn’t often used alone for coagulation, and many cheeses also need a starter bacteria acid.

After coagulation, curds are drained from the whey and become cheese. This cheese is classified as fresh or unripened, and is generally soft, creamy and highly perishable. Pressing, heating or further ripening results in a firmer, harder cheese. “Hard cheeses” are typically the most firmly pressed and must meet U.S. Federal Standards of Identity that require them to have a moisture content of no more than 39 percent and a milk-fat content of no less than 50 percent. Hard cheeses are best served at room temperature, making them easier to cut and allowing their flavors to shine.

However, keep food safety in mind: Any cheese left out more than two hours may pose a potential health risk. Open packages of cheese should be safe to consume for up to four weeks if stored properly. Before refrigerating, wrap cheese in wax paper, then plastic wrap. Freezing is another great storage option. Tightly wrap full blocks or shredded hard cheeses in plastic wrap and freeze for up to six months.

Some cheeses are made from raw or unpasteurized milk, the criteria of which is being examined by the U.S. Food and Drug Administration. For now, its recommendation is that children, pregnant women, older adults and anyone with a compromised immune system should avoid unpasteurized, raw dairy products.

How much do you know about these 10 hard cheese varieties? 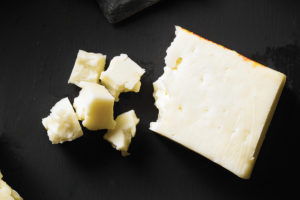 This northern Italian cow’s milk cheese is a nice addition to pasta dishes and cheese plates. Older and more aged Asiago cheese loses moisture, making it harder and causing the sweetness to become less pronounced. Instead, its flavor is more savory, sharp and tangy.

Hailing from France, this raw cow’s milk cheese is smooth and dense with a mild, pleasing flavor. Its color ranges from pale cream to yellow and is highly dependent upon the season, what the cow is fed and location. Comté is rich in calcium, with about 374 milligrams per serving. 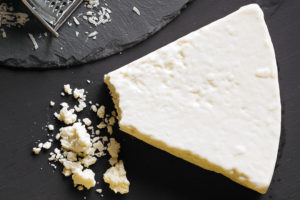 Named after a town in Michoacán, Mexico, this cheese is often compared to Parmesan because of its salty taste and to feta because of its crumbly texture. Cotija has a robust flavor, so a little goes a long way in adding a tangy punch to foods such as salad, tacos and corn. 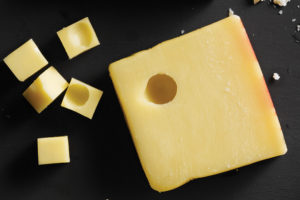 Best known for its large holes, which are created from carbon dioxide gas that forms during fermentation, this cow’s milk cheese gets its name from Switzerland’s Emme valley. It has a smooth, slightly sweet and nutty flavor with subtle sharpness, making it ideal to blend with other cheeses for fondue. 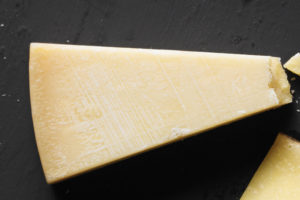 This Italian raw, partially skimmed cow’s milk cheese is similar to Parmigiano-Reggiano but is milder in taste. It also has a hint of pineapple sweetness, making it a pleasant addition to cheese plates. Grana is the Italian word for “grain,” which reflects this cheese’s grainy texture, caused by tiny protein deposits. 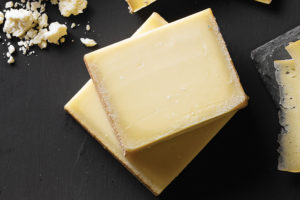 Traditionally a cultured, raw cow’s milk cheese, Gruyère originated in Switzerland. It’s now made in several other countries and has been somewhat industrialized with the use of pasteurized milk. It has a salty, earthy and nutty flavor and contains granular, crystallized protein deposits. Blend it with Emmental cheese for fondue. 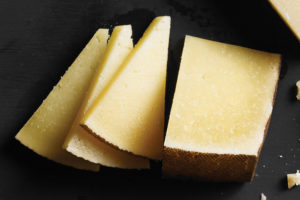 This cheese got its name because it originally was made from whole milk produced by Manchego sheep that grazed in the La Mancha area of Spain. Manchego-style cheeses are made to taste similar to true Manchego cheese, with a hint of bitterness and a warm, nutty flavor. Enjoy Manchego on its own or paired with olives, almonds, dried fruit or crusty bread. 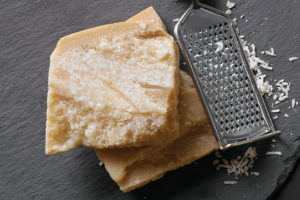 A popular cow’s milk cheese, Parmesan has a hard, pale-golden rind and sharp flavor. Although it is made in Argentina, Australia and the United States, Italy’s Parmigiano-Reggiano is typically aged longer, for at least two years, and has a complex flavor and granular texture. No matter where it’s from, Parmesan is often served freshly grated. 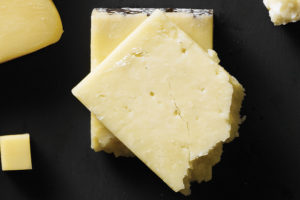 This cheese’s name comes from pecora, the Italian word for sheep, and Romano, a region in Italy. Though often compared to Parmesan, Pecorino Romano has a tangier and sharper flavor. Dry and crumbly, this cheese is an ideal addition to pasta and other dishes needing a burst of salt and umami. 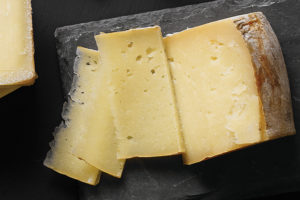 Because this cheese is produced from raw whole milk of two unique breeds of sheep that graze in the mountain regions of northern Spain, it can be a challenge to find. Its aroma is intense and its flavor is strong, slightly piquant and buttery.

Sara Haas, RDN, LDN, is a Chicago-based dietitian and co-author of the Fertility Foods Cookbook. Read her blog, The Cooking RD, and connect with her on Facebook, Instagram and Twitter.