Have you ever thought about what would happen if the health department came to your kitchen for an inspection? I know that I probably would fail. I work in food service as the cafe manager and dietitian for a brand new corporate cafe, and we recently underwent our first health inspection. It was one of the most stressful moments I’ve experienced in a while even though we passed with flying colors. After going through it, I wanted to educate others on the experience, the incredible commitment to detail and the significance of the outcomes.

Most importantly, I want you to think about how your own kitchen measures up.

What the Grades Really Mean in New York City

If you live in New York City or visited recently, you likely are familiar with the letter grades that are posted on the front of every food establishment. They are usually a big blue “A,” sometimes a “B” or “grade pending,” and rarely a “C.” These grades are given by the Department of Health as a result of a health inspection. While these letters are meant to inform the consumers about the cleanliness and safety of an establishment, many people are unaware of their meaning and grading process.

Establishments are scored on a numerical scale. Any score between 0 to 13 results in an A, a score from 14 to 27 gets a B, and a score of 28 or more is a C. While 13 points may seem like a big spread, it’s not. The violations are scored as either critical (at least 5 points per violation) or general (at least 2 points per violation). Most critical violations earn 7 points, meaning that two critical violations will result in a B. If an establishment fails to get an A on the first inspection, they do not have to post a grade and are eligible for re-inspection within a month. If they receive less than an A on the second inspection, they are required to either post the grade or a sign stating “grade pending,” which means that the final grade will be determined by an Administrative Tribunal. Basically, passing a health inspection is tough.

What Kind of Violations Does the Health Department Look For

The amount of potential violations is intense, totaling more than 15 pages. I’m not going to list all the violations here, but I wanted to discuss some of the more common and worrisome critical violations, which can contribute to food poisoning. (That’s scary to think about in your own kitchen!)

“Hot Food Item Not Held at or Above 140° F” and “Cold Food Item Held Above 41° F, Except during Necessary Preparation”
You know when you make a casserole and take it out of the oven, serve it, let it sit while you eat, then go back for seconds later. Or, when you leave cold salads out? If the temperature of the hot dish fell below 140° F, or the salad climbed above 41° F, that would be a violation. Home cooks should never let food sit out for more than two hours at room temperature.

“Whole Frozen Poultry or Poultry Breasts, Other than a Single Portion, Are Being Cooked Frozen or Partially Thawed”
I know some people who have taken frozen chicken patties from the freezer and thrown them on the grill. Violation!

“Raw Food Not Properly Washed Prior to Serving”
Don’t act like you haven’t bought an apple from a farmers market and eaten it a few minutes later. Produce needs to be properly washed.

“Toxic Chemical Improperly Labeled, Stored or Used So that Contamination of Food May Occur”
I’m the biggest culprit of leaving my cleaning spray out of the counter. I don’t spray until after cooking, but it’s still in a spot that could cause food contamination.

“Evidence of Mice or Live Mice Present in Facility’s Food and/or Non-food Areas”
Rodents are the worst, but sometimes they find their way in.

“Filth Flies or Food/Refuse/Sewage-associated (FRSA) Flies in Facility’s Food and/or Non-food Areas”
You know how when you leave a banana out too long you can get fruit flies? Sorry, but that’s a violation.

“Live Animal Other than Fish in Tank or Service Animal Present in Facility’s Food and/or Non-food Areas”
Do you have a dog or a cat who comes in the kitchen while you cook? That’s a big no-no for a restaurant!

“Tobacco Use, Eating or Drinking from Open Container in Food Preparation, Food Storage or Dishwashing Area”
If you smoke, you have bigger problems than a health inspection. But seriously, don’t smoke around food preparation areas.

So, how did your own kitchen stack up? It’s not as easy as you think to pass, and those are just a handful of the violations! Now you can go into a restaurant and know that they are doing everything possible to keep you safe.

Natalie Rizzo, MS, RD is a NYC-based media Dietitian, food and nutrition writer and owner of Nutrition ȧ la Natalie. Natalie writes for many national publications such as Parade, Eating Well, Shape.com and Runner's World. She has also appeared on local TV segments and is frequently quoted in national publications. Natalie is very honored to have won the award for Top Food & Nutrition Feature Article in 2017 for “Decoding Food Label Claims: The Lowdown on Package Promises”, as well as the 2016 Stone Soup Blogger of the Year award. Connect with her on Facebook, Instagram and Pinterest. 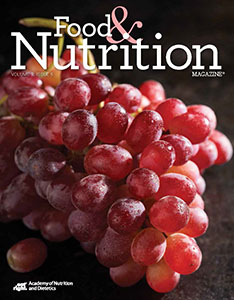